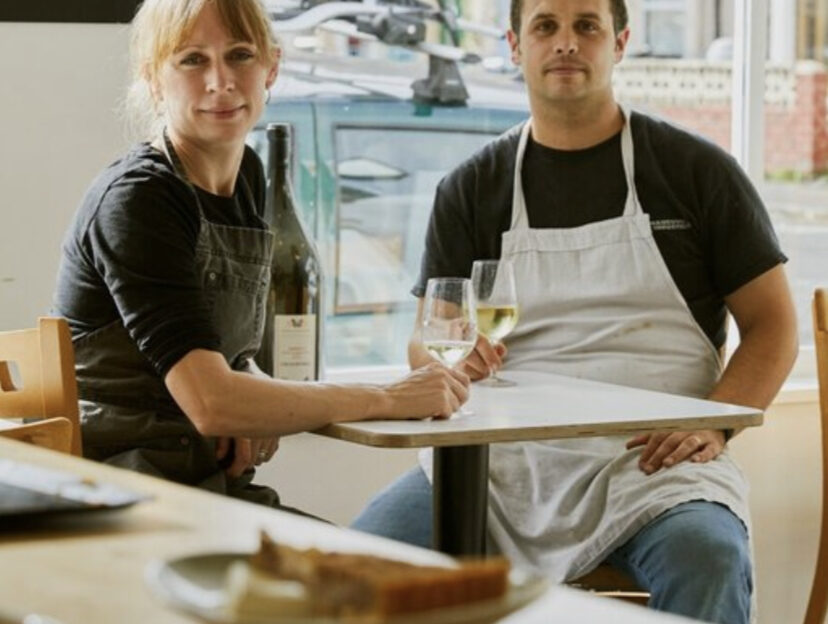 Sonny Stores has been the name on everyone’s lips since it opened in Bristol. You can read restaurant critic Jay Rayner’s review here but in short he says “they get things absolutely right”. Praise indeed.

A little background: he spent five years cooking at the River Café in Hammersmith. After his stint by the Thames, Quinn brought those pasta skills to Bristol, cooking first at Bianchi’s and then at its sister restaurant Pasta Ripiena.

During lockdown, he and his wife Mary Glynn ran a sourdough pizza company from home. Last year, they took over this corner site and turned it into an Italian deli with a few tables.

They called it Sonny Stores after their son.