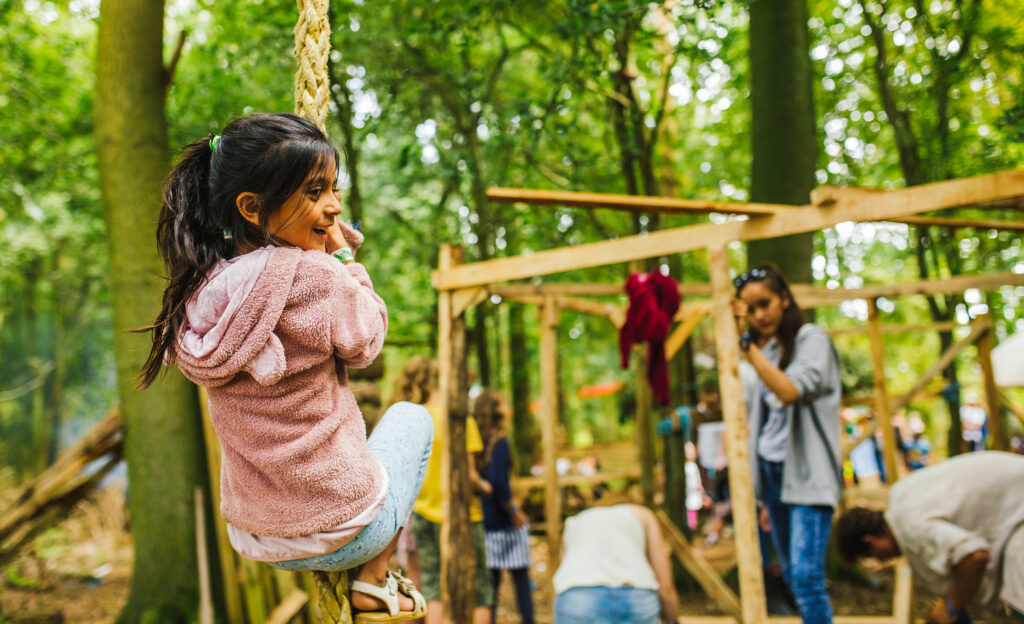 A brand new area at Valley Fest – a place where everyone can play. It’s a box-fresh collaboration between Arcadia and The Woodland Tribe.

Arcadia, the performance-art collective, are known for their 50ft fire breathing spider. The Woodland Tribe are masters of constructive play. They give children and families hammers, saws and a huge quantity of wood to build the playgrounds of their dreams.

Ever changing, full of possibility and intentionally unorthodox – they’re a good combo and we’re excited to bring them into the Valley Fest fold.

During the day, at the Alchemist’s Playground, kids will build their own stage from reclaimed materials and scrap ex-military hardware with tools and help from the Woodland Tribe. Then they’ll party on it with Junior jungle and other acts.  Just like Arcadia did fifteen years ago.

At night, when the Afterburner fires up, it’s playtime for the adults. Faithless (DJ Set), Roni Size feat Dynamite MC and The Craig Charles Funk and Soul Club will headline. Not only that, the Lords of Lightning will be in full force. Multi-million-volt bolts will shoot from their bodies, as they duel with high-frequency crackling electricity.

Arcadia’s structures are largely built from re purposed ex-military equipment.  Transforming war machinery into arenas where joy, togetherness and creative expression reign supreme. The Alchemist’s Playground does this whilst also giving kids an opportunity to create, play and dance.

Expect cutting-edge fire performances, power stilt walking and acrobatics, zip wires and the chance to make some big sculptures out of tyres.

The Alchemists Playground is for everyone.