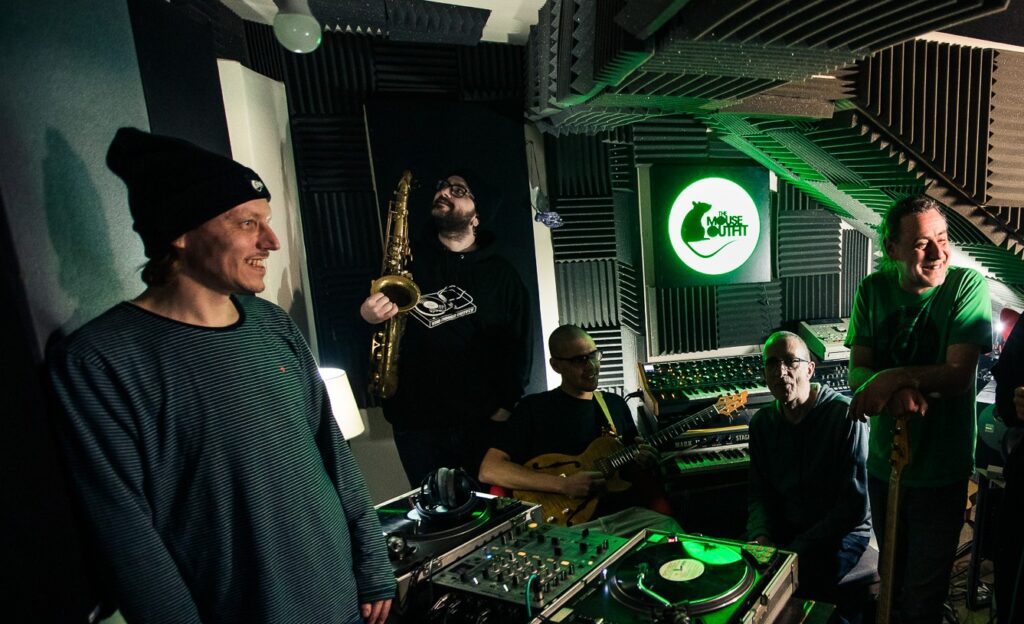 The Mouse Outfit are the UK’s premier Hip Hop band. With a whole heap of new releases gaining them 350,000 current monthly listeners on Spotify, they are back on the road post lockdown with their 9 piece live band.

In the past decade, The Mouse Outfit have worked with over 100 musicians, producers and vocalists in the studio and on the stage under The Mouse Outfit banner. To this day, they have remained independent and retained their DIY hip hop sensibilities, self-releasing three studio albums and a remix album. A prolific music video production team, they have now released over 60 music videos and gained over 20 million views in the process, helping win the band a slew of hardcore fans worldwide

The live show has always been The Mouse Outfit’s secret weapon. They have wowed audiences with their dynamic live shows throughout the UK and in 15 countries across the globe. For this tour, Koj, Ayite + FLISS will be on vocal duties, performing brand new Mouse Outfit material alongside classic material from The Mouse Outfit’s 3 award winning studio albums. FLISS’ soulful vocals are a perfect foil for rappers Koj and Ayite’s verbal dexterity and powerful rap flows. UK Jazz legend Luke Flowers (Cinematic Orchestra) will be on drums and rising star DJ Metrodome is also joining the show on decks. The tour dates so far have all been sold out with rave reviews and amazing audience feedback. Expect a mix of live golden age HipHop, Reggae, Funk, Soul and DNB with live drums, keys, bass, guitar and sax.