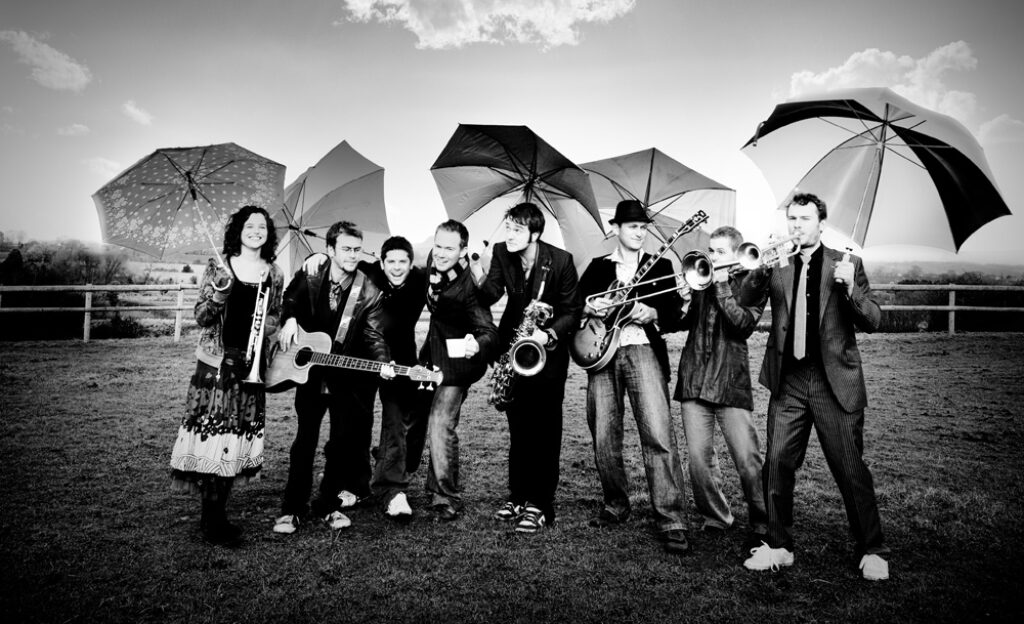 It’s been 20 years since Smerins Anti-Social Club started developing their unique blend of brass-heavy instrumentals. During that time many musical styles have become seamlessly infused into the mix; elements of funk, reggae, rock, ska, hip-hop, drum’n’bass and swing to name just a few.

The band have developed a formidable reputation at putting on live shows, from their own events at Motion in Bristol and the Jazz Café in London, to high profile festival performances at WOMAD Festival, Boomtown Fair, Shambala, Glastonbury, Bestival, Larmer Tree and many more.

They have also achieved success with their recorded material. Tru Thoughts released their debut single (a dub-reggae cover of the Doctor Who theme tune). This was playlisted on BBC 6 Music and led to a follow up collaboration with the late Tenor Fly of Congo Natty and Freestylers fame. Their 2012 album ‘Primordial Cordial’ was also well received and featured collaborations with various vocalists including Dizraeli and Nuala Honan.