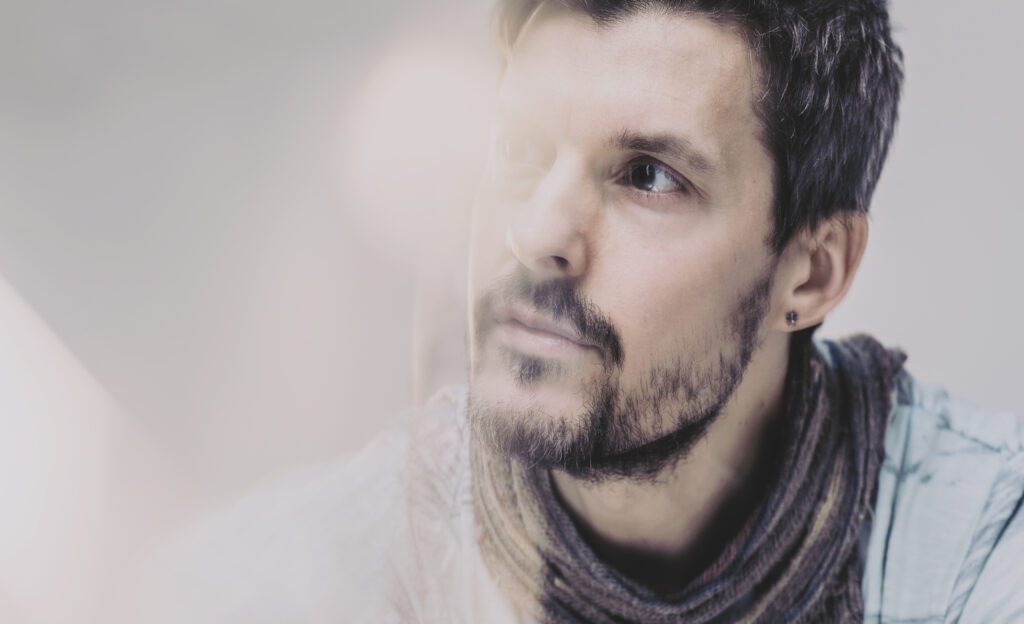 Since the release of his lockdown album ‘I Rise With The Birds’ in October 2020, Pete Josef has been studio-bound, working with the likes of Rag n Bone Man (‘Life By Misadventure’), and only emerging for a single album launch show in 2021. Summer 2022 sees his 8-strong powerhouse of virtuoso musicians bring a new and eclectic mix of deep and danceable sounds to the stage – delivered on the wings of huge orchestral arrangements, and infused with his signature world and jazz flavours.

After several seasons with Reprazent, Josef forged new collaboration with Darren Emerson (Underworld) in the duo ‘White Lamp’, with an Ibiza season hit in ‘It’s You‘ (Futureboogie). The pair had two follow up releases and have an ongoing collaboration both in the studio and live – performing on ‘Spike’ at Glastonbury 2019.

As session musician to the stars, Josef has moonlighted in various instrumental guises, both studio and live, with the likes of US RnB singer Kelis (Glastonbury Pyramid, Jools Holland 2014), Mushroom (Massive Attack) and in his haunting vocal collaboration and subsequent tours with Manu Delago (Bjork, Anushka Shankar, Cinematic Orchestra)

He is also featured vocalist on scores of dance singles with artists such as Friend Within, Jazzanova, Alex Barck, Comixxx and Jodie Wisternoff.

2015’s ‘Colour‘ was met with critical acclaim, including track of the year runner in ‘The Travelling Song‘. It gained ongoing support from Gilles Peterson and 6 Music, as well as stellar reviews. The title track ‘Colour‘ currently on 7m Spotify streams.

Since then he has worked on Rag n Bone Man’s ‘Life By Misadventure’ album, as well as releasing new music with White Lamp under the legendary ‘Skint’ label.  He is once again in the studio working on new Pete Josef tracks, as well as album production for other artists.