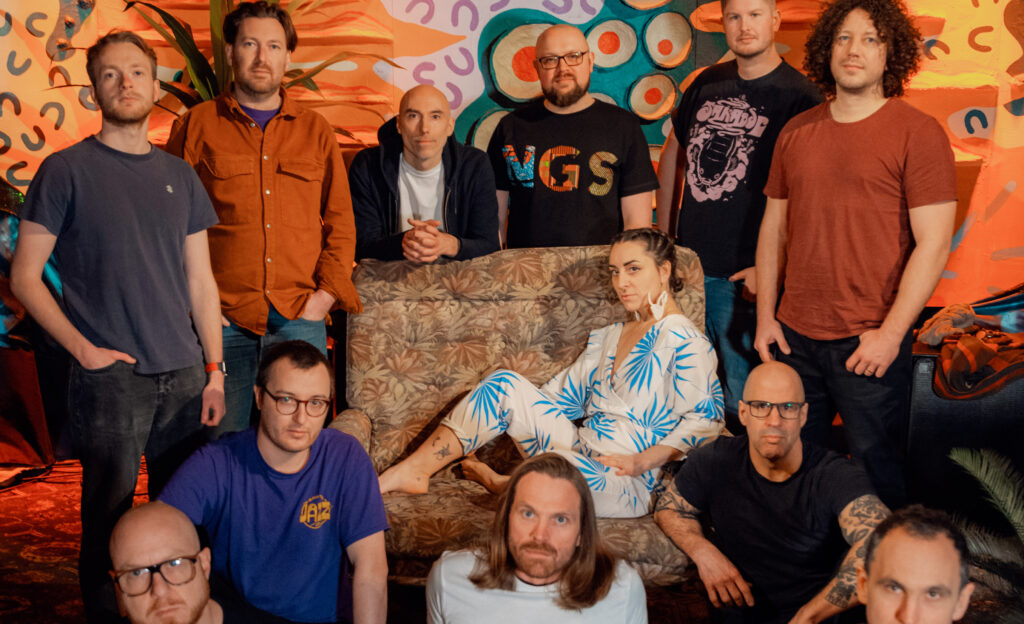 Autumn 2022 sees the release of No Go Stop’s second album ‘Where We Are’. It captures the energetic live sound that earned the band support slots with Snarky Puppy and Ebo Taylor, as well as hos8ng Bristol’s tribute to Fela Ku8 alongside Dele Sosimi and performing at countless festivals including Glastonbury, Green Man, Boomtown and Shambala.

The album has been two years in the making and follows their well-received debut ‘Agbara Orin’, which garnered support from BBC6 Music, Songlines and set out their stool as a high energy 12 piece with a contemporary spin on the afrobeat sound.

“The Bristol band have a real feel for what Fela Ku and Tony Allen created 40 years ago…No Go Stop sound like real contenders for the contemporary Afrobeat crown.” – Songlines