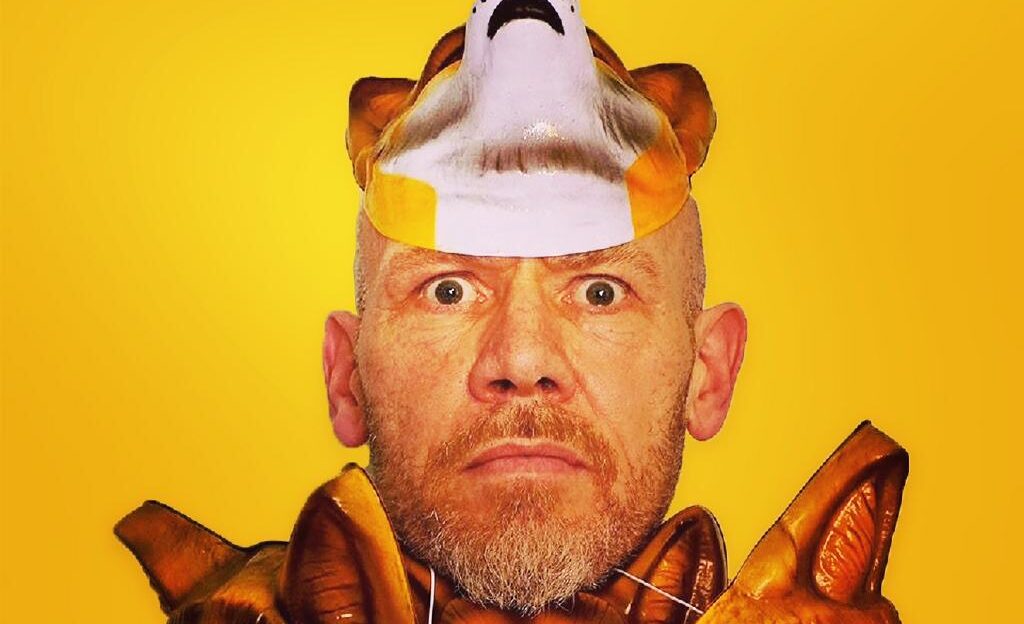 Hugely popular Leeds-based trio Mik Artistik’s Ego Trip are well known for their unique live performances and madcap antics deeming every performance not just a gig, but a truly momentous event. So much so that they have been entertaining the Glastonbury Festival for the last 11 years. Some say Glastonbury hasn’t really started until they’ve seen one of Mik’s multiple performances.

They have over recent years established themselves as festival favourites having performed at many of the major UK festivals, including Boomtown Fair, Latitude, Bearded Theory, Beat Herder, Wilderness, Beautiful Days, as well the last 7 Port Eliot Festivals.

In December last year no-less that rock icon and 6Music presenter Iggy Pop endorsed Mik’s anthem of hope ‘Sweet Leaf of the North‘ as his favourite song of the last DECADE!.

“Best live band I have seen all summer” Gideon Coe