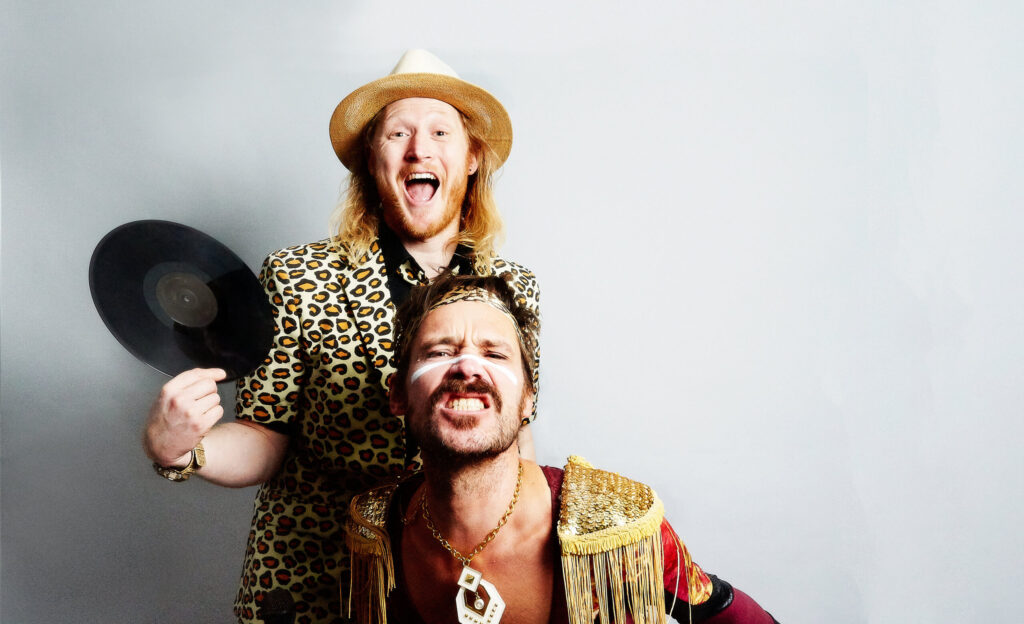 Nick Terrific and MC Rocky patch are amped up and ready to discharge even more electric vibes for another storming Valley Fest set.

These boy-oys are never static so expect a whole bunch of sparky choons, lightning hot costumes and their shockingly profound and hilarious take on life, the universe, and everything.

Don’t bother wearing socks, junglists, ‘cos they’ll be blown clean off!! Big up the littlest massive!!

“Junior Jungle are in my top 5 acts ever booked for Camp Bestival. They just bring the child-friendly junglist ruckus wherever they go!” – Rob Da Bank

“Junior Jungle slam the tunes down one after another and when we say tunes we mean BIG tunes! The silent disco-ers loved them with chants of “more, more”!’ – Dick & Dom