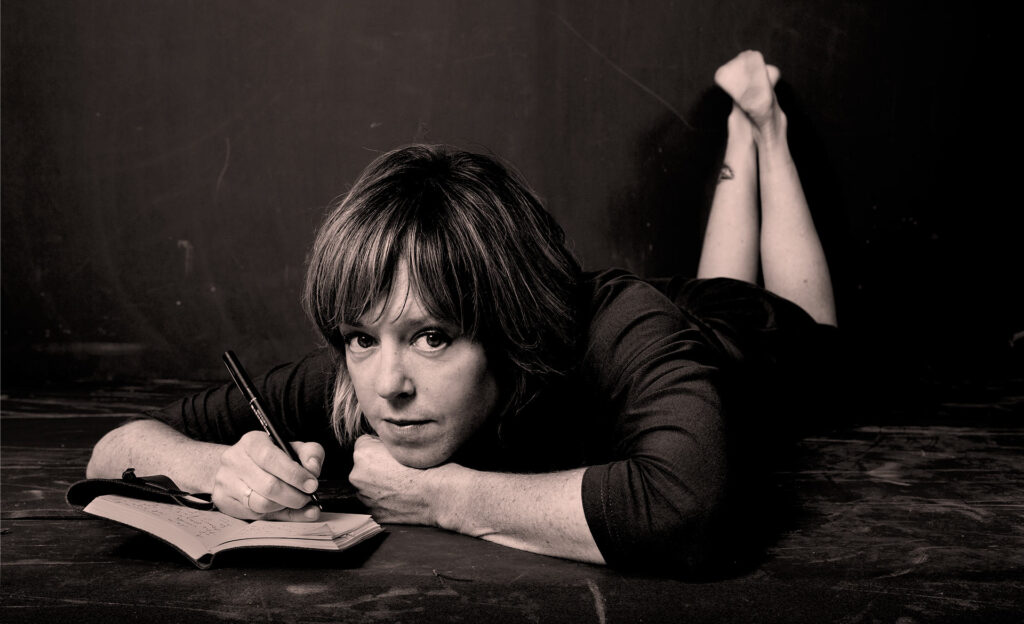 Emily Barker is an award-winning singer-songwriter, best known as the writer and performer of the theme to the BBC’s hugely successful crime drama Wallander starring Kenneth Branagh.

She has released music as a solo artist as well as with various bands and collaborations including The Red Clay Halo, Vena Portae, Marry Waterson and Applewood Road (with whom she released a remarkable album of original songs recorded live around a single microphone, dubbed “flawless” by The Sunday Times) and has written for film, including composing the soundtrack for Jake Gavin’s lauded debut feature Hector starring Peter Mullan and Keith Allen.

Emily Barker’s new album A Dark Murmuration of Words was released in 2020. Produced by Greg Freeman and recorded at StudiOwz, a converted chapel in the Welsh countryside, A Dark Murmuration of Words takes Barker’s clear, expressive vocals and warm acoustic aesthetic and subtly shifts her sound in the direction of contemporaries such as Laura Marling and Phoebe Bridgers. Lyrically probing, by turns both dark and optimistic, Barker searches for meaning through the deafening clamour of fake news and algorithmically filtered conversation, delivering a timely exploration of the grand themes of our age through the lens of what it means to return “home.” Throughout the ten songs that make up the album, Barker draws connections between the familial, the local, and the global: a mother sings to her unborn child, asking for its forgiveness on ‘Strange Weather’; ‘When Stars Cannot Be Found’ explores the humbleness and comfort of the night sky when far away from home. Other highlights include the nostalgic ‘Return Me’, ‘The Woman Who Planted Trees’, the gloriously defiant ‘Machine’ and the effortless album closer ‘Sonogram’.

On its release, A Dark Murmuration of Words hit number 1 on the Official Americana Album chart in the UK and has garnered widespread acclaim.

“an album full of grace and danger” RnR