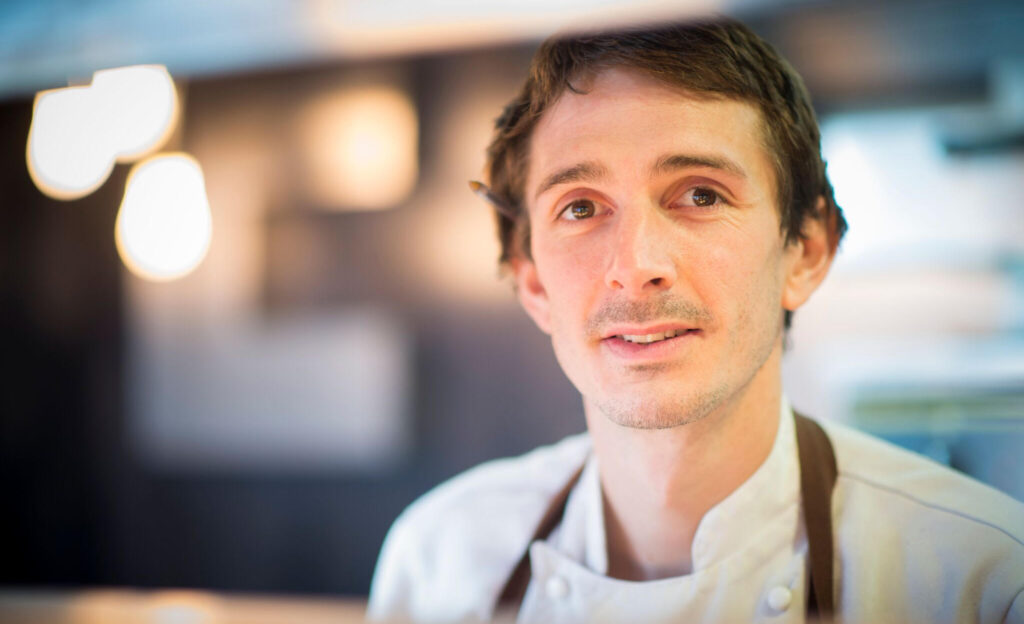 Elliott is next to join the Valley Fest line-up and is going to cook fillet of sea bream with pickled fennel and tomato dressing. He will show how to fillet the fish and how best to cook it, and he’ll also show how to make a simple pickling liquor for quick pickles.

At 16 Elliott went to Plymouth College for a two year catering BTEC, which included six months in Beaune, France. At 18 he joined the Michelin Star kitchen at Chewton Glen as a commis chef, staying six years, working his way through the ranks to become junior sous. In 2006, Elliott seized the opportunity to work at L’ortolan in Berkshire, under Alan Murchison. He spent six years there; the final two as head chef and helped retain its Michelin star throughout.

At the beginning of 2012, he moved to East London to head up the Empress, transforming the menu and kitchen. He was awarded 2 AA rosettes and a Michelin Bib Gourmand for his efforts and left in 2016 to open his own restaurant, with his wife, in her home city of Bristol.

BOX-E is a tiny restaurant in a pair of shipping containers that celebrates seasonal and local produce. The restaurant has held a Michelin Bib Gourmand since 2019.